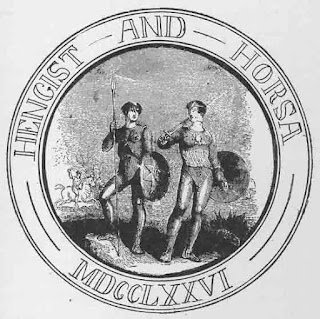 On July 4, 1776, the Second Continental Congress determined, among many other and more important matters, that a committee of three, John Adams, Benjamin Franklin, and Thomas Jefferson, should recommend a seal for the new United States of America. By August, each of the men suggested different designs, with scenes and symbols deriving from the usual suspects: Classical mythology, the Bible, and the Middle Ages. Adams settled on the figure of Hercules as he contemplated abstractions of Virtue and Sloth; Franklin imagined Moses extending his hand and destroying Pharao and his armies; Jefferson agreed with seeing Moses and Pharaoh on one side of the seal or medal they were considering. On the reverse, however, he added a surprise element: “Hengist and Horsa, the Saxon chiefs from whom we claim the honor of being descended, and whose political principles and form of government we have assumed.” None of the three proposals ended up being picked, and several other versions were also rejected, including one with a shield flanked by the maiden America and a medieval knight in armor.

Clearly, certain ideas and tropes of the medieval past loomed large in the imaginary of the country’s late eighteenth-century founders. Jefferson’s anchoring of American claims of self-determination with a pair of mythographic Germanic settler-colonizers, whom he seems to credit with creating a form of self-rule in early medieval Kent, is rather ironic. After all, his own grandparents on his father’s side had immigrated from Northern Wales, a region that became part of the “Celtic fringe” (roughly today’s Cornwall, Ireland, Isla of Man, Scotland, Wales, and Brittany) into which the indigenous Romano-Celtic inhabitants of the ‘British’ isles retreated as the Angles, Saxons, and Jutes expanded their territories. 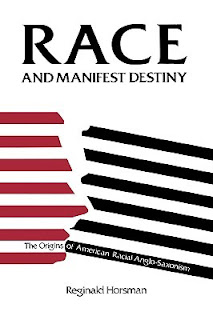 Of course, historical accuracy and exact genealogy were not priorities when a late eighteenth-century politician yearned to demonstrate the manifest destiny of his nation. Jefferson’s priority was to unite the new nation behind what he felt was a linguistically and culturally plausible ‘English’ national heritage of entrepreneurial colonizers. And as nationalism gradually increased during the nineteenth and early twentieth-century, the practitioners of medieval studies in the U.S., European countries, and many of their colonies worked within similar nationalist paradigms. In fact, it is not an exaggeration to say that medieval studies would never have succeeded at finding broad acceptance at the modern university if it had not been in lockstep with these very paradigms: The heavy research focus on national epics (Song of Roland, Nibelungenlied, El Cid), the use of linguistics to prove ‘ownership’ of medieval texts (Beowulf as a Danish, German(ic), or English/British narrative), or nationalized methods of textual editing (Karl Lachmann vs. Joseph Bédiér) provide evidence for the long-standing interdependence of nationalism and medieval studies. Numerous critical evaluations, from Reginald Horsman’s Race and Manifest Destiny: The Origins of American Racial Anglo-Saxonism (1981) through Mary Dockray-Miller’s “Public Medievalists, Racism, and Suffrage in the American Women’s College” (2019) demonstrate the same interdependence in the area of “Anglo-Saxonism”.

Because most academic nomenclatures date back to the foundational phase of their respective fields, it is little wonder that various fields, organizations, journals, and awards prolong the nationalist origins within which they came about. In addition, they often continue concomitant mentalities about gender and race prevalent when the field was founded. Scholars in premodern studies have dealt with these semantic burdens in different ways:
The political appropriation of the term “Aryan” by racists and nationalists between 1870 and 1945 led to its gradual disappearance, and thus “Indo-European” is today accepted as the most appropriate term to describe the group of languages comprising most European and several Asiatic languages. Notable exception: Some German-speaking linguists still use “Indo-Germanic,” maintaining the word remains unsullied by nationalist and racist mentalities. 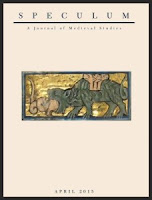 Women were most certainly not consulted when the Medieval Academy of America decided, in 1926, to name its flagship journal Speculum. It took until the 1990s for feminist scholars to convince the Academy and its journal to confront its gendered past, open its gates to feminist scholarship, and publish a special 1993 issue on Studying Medieval Women: Sex, Gender, and Feminism. Unfortunately, journal’s title has remained unchanged.

Enter the International Society of Anglo-Saxonists (ISAS) in 2019: According to its official website, it was constituted as (relatively) recently as 1983 at the society’s first conference. Its objective is “to provide all scholars interested in the languages, literatures, arts, history, and material culture of the period with support in their research and to facilitate an exchange of ideas and materials within and among all disciplines.” The “period” is defined in the preceding phrase as “the culture of early medieval England.” With hindsight, it is difficult to understand why the ISAS members and leadership decided to call themselves a society of “Anglo-Saxonists.” Did nobody see that the term conflated the group’s scholars with the people they were studying? Society for the Study of Anglo-Saxon Culture would have avoided that problem. Or they could have picked the neutral titles of a Society for the Study of Early Medieval England, or an Early Medieval English Culture Association. They didn’t.

Some weeks ago, the ISAS was charged by some of their own adherents and advisory board members with a panoply of accusations, including elitism, gatekeeping, bullying, discrimination, and protecting known sexual predators and abusers. It’s difficult to verify all these accusations. However, when one considers the overall picture, the 1983 name choice almost feels like a consciously anachronistic one; a choice that sustained some of the problematic behaviors and traditions reminiscent of the foundational period of medieval studies. Anachronistic because, when the ISAS members picked their name, archaeologists of early medieval England already publicly questioned and then gradually abandoned their attachment to tribe-based (Angles, Saxons, Jutes) and race-adjacent (Anglo-Saxon) concepts. And, like so many contributors to the early volumes of Studies in Medievalism and The Year’s Work in Medievalism in the 1980s, they found these concepts to be grounded in supremacist attitudes originating from nineteenth- and twentieth-century European nationalism and imperialism, the very ideology already visible among Thomas Jefferson and his contemporaries.

And so change – name change – has come to the “ISxx,” as some currently call it. A majority of the society’s members elected to drop their current name but decided, understandably, to take a little more time to deliberate what to call themselves in the future. The decision avoided another war or jousting match among medievalists, as some journalists have exaggeratedly called the field’s social media squabbles during the last two years.

For this group of scholars, whose most crucial duty is to appropriately represent their area of scholarship, it was reasonable to reconsider, albeit belatedly, what scholars of medieval reception and archaeology had established around the time the ISAS was founded. Public accusations against them by voices external to the Society may have put additional pressure on them to act more quickly. However, it was not, as one colleague claimed, the “relentless ideological pressure from a rump group of leftist scholars with agendas and bullying issues of their own” that obliged the Society “to capitulate to a passing social-justice fad that sees racism and misogyny everywhere.” After all, as Shankar Vedantam rightly asked in a recent NPR program on how outrage is hijacking our culture, and our minds: “When was the last time you changed your mind because someone screamed at you?” Long-time members have told me that the Society was ready for change, but did not know how to make the necessary moves.

Unlike the unfounded 2017 charges of racism against the program faculty and organizers of the International Congress on Medieval Studies, the ISxx’s decision will be supported by a good many medievalists after they will have had sufficient time to reflect on it. Sure, it will create complications with the titles of existing book series (Cambridge Studies in Anglo-Saxon England), journals (Anglo-Saxon England), and several dozen other nomenclatures, but those complications may be less crucial than avoiding the troubling associations mentioned above. Just check out the reaction to the ISxx name change by right wing commentators, and you will understand what I mean.

There will also be conflicts about the use of the term at conferences and for peer reviews by colleagues who have strong convictions for or against the future use of the term. There will be more echo chambers. But how is that any different from the usual academic storm in an espresso cup?

We academics often believe we are the center of the universe. In our socially sorted ivory towers and media enclaves we don’t realize that our decisions remain mostly ‘academic’ to the rest of the world, even in the 21st century. The use of “Anglo-Saxon,” enshrined as it is world-wide as a general synonym for Englishness, will not be affected by the ISxx incident: English-speaking Canadians will continue to be called “Anglos,” and Spanish-speaking communities will use “Anglo” as a derogatory collective term for all non-Hispanic ethnicities; “Anglo-American” will still refer to a person in the U.S. who is of ‘English’ origin and to “a North American whose native language is English, especially whose culture and ethnic background is of European origin” (Merriam-Webster); “Anglophone” will remain a common expression for anyone from a region in which English is spoken; and in dozens of other languages the loan words for “Anglo-Saxon” will continue to be the second most common adjective applied to anyone from the United Kingdom. The most common one, “English,” has cached its etymology better, but it too derives from “Engle” and means “of or belonging to the Angles;” and “Engle” is also the origin of “Anglalond” or “Englalond,” the “land of the Angles.”

Will we also ‘clean up’ all these (and similar) terms and their troubling cultural and ideological histories? Has the process already begun, albeit perhaps in a way too close for comfort for scholars professing (medieval) English? Over the last decade, students have been voting with their feet against academic degrees in English, both in the United Kingdom and in North America, and not only because of the victory march of STEMM disciplines. Could it be that the linguistic and cultural nationalism that once brought about the term “Anglo-Saxon,” the academic study of premodern “English,” and “English departments” might be replaced by more multilingual, multicultural, and global considerations and usher in more appropriate academic nomenclatures and curricula?

Richard Utz
Georgia Institute of Technology
Posted by ricutz at 11:37 AM